EBRD Lead Regional Economist Eric LIVNY:
THE CENTRAL ASIAN COUNTRIES ARE STILL SUSCEPTIBLE TO RISKS, SHOULD SAVE MONEY FOR A RAINY DAY 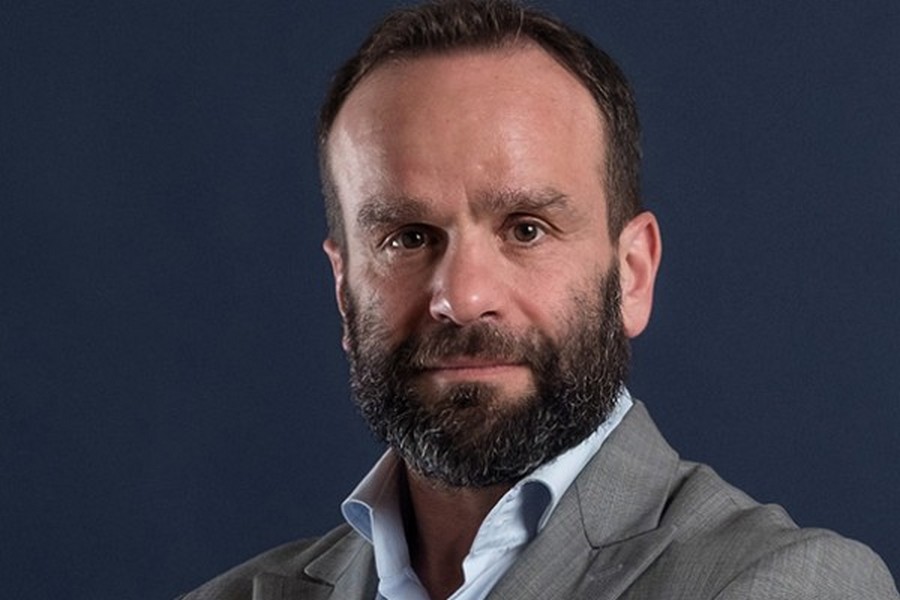 The coronavirus continues to affect the global economy, however the governments already learned how to live with the pandemic. If in 2020 Kazakhstan's GDP fell by 2.6%, then it is planned to end 2021 with the growth rate of 3.7-4%. The EBRD also retained its forecasts for the country’s economic growth at 3.6% in 2021 and at 3.8% in 2022. However, despite the good results, risks still remain, so countries need to build up reserves and raise funds for a rainy day as never before. Lead Regional Economist of the EBRD Eric LIVNY talked about the expectations and risks for the economies of Kazakhstan and the other countries of the region in an interview with Interfax-Kazakhstan.

- What is the EBRD's decision to keep Kazakhstan’s economic growth forecast flat linked to?

- In general, we see the positive results and are looking at the situation with optimism. We raised the forecast for all the Central Asian countries. Kazakhstan is not a leader in terms of the pace of economic recovery. Some neighboring countries, such as Tajikistan and Uzbekistan, are growing faster. However, the economic situation in the country is stable, manageable, and we see no reason for anxiety, at least in the short term.

In the first three quarters, the economy of Kazakhstan grew a little bit more than 3% , our forecast for the country is 3.6% in 2021 with subsequent growth of up to 3.8% in 2022. It's not just about the oil and energy prices. In general, the domestic demand in the country revived, household mobility has been back almost to the pre-crisis levels. At the same time, it is still far from full normalization, and certain risks remain.

- In a number of countries another COVID-19 incidence surge is underway , probably a new wave of infections will be in Kazakhstan as well. Will this have a significant impact on the country's economy?

- Not this year. What has been planted will yet grow. And in the future, I do not think that the government will go for the introduction of any serious restrictive measures. The whole world already got used to living with the coronavirus, and as long as hospitals are not indundated with critically ill patients the states will try to contain the infection without hindering economic activity. In general, in Central Asia, the previous coronavirus wave peak passed in the summer of 2021, as well as in most of the developed countries. The exception is Russia, possibly, due to the size of the country.

- What, in your opinion, is the reason for rising inflation all over the world?

- Rising inflation will be the main problem for the next few months, perhaps one year, since there is too much liquidity in the economy. We see how the prices for food and real estate are rising . And the prices are rising all over the world, not only in Kazakhstan. As a consequence, we import inflation from abroad.

- What is the general situation like in Central Asia and the countries where the EBRD is present?

- In Central Asia, the economic growth is projected to be at 4.9% in 2021 and 4.8% in 2022. In Kyrgyzstan, the situation is worse, there is still a lack of stability and orderliness. In Mongolia, the economy appears to be somewhat overheated - even the Mongolian Stock Exchange is breaking world records. Uzbekistan has the best indicators, the best across Central Asia, since they did not fall last year, and this year they continue to gather pace - we forecast the growth at the level of 6.5% in 2021, 6% in 2022.

- Your experts in their review separately analyze the policies of the central banks of the leading countries. How can their actions affect Kazakhstan?

- Yes, the so-called quantitative easing policy pursued by the central banks of the world's leading states - the United States and Europe - raises serious concerns. The assets, that have been industriously accumulated on the books of the central banks since the 2008-2009 financial crisis , are essentially the mirror image of money being pumped into the global economy.

As we can see, in 2020 a huge leap in the money printing machine rates took place. A lot of money "walks" around the world “looking for opportunity” to be used. Accordingly, all prices go up. Oil, for example, more than doubled. Look at the other indices - metals, energy, food - everything is on the rise, somewhere twice as fast, somewhere - one and a half times faster. The similar situation is on exchanges. The price-to-earnings ratio is going off the scale for companies, approaching the pre-crisis 1999 levels.

The same thing is happening now in the real estate market - there has not been such growth since last year long or never. The US real estate rose nearly 18% in real terms from July through July. Again, it is very similar to the situation prior to the 2008 crisis. All these are global inflation indicators, not Kazakhstani ones.

In Central Asia as it is worldwide inflation significantly exceeds the 2019 indicators. A particularly striking case is Kyrgyzstan, where inflation jumped as much as 14%. But before the crisis it was at the very low level. In Kazakhstan, for the time being things are not so bad - now we are at the level of 8-9%.

- Many other macroeconomic indicators were also upped as well...

- Yes, in Kazakhstan, like elsewhere, real estate prices are rising, the value of assets on the Kazakhstan Stock Exchange capital market jumped up. Kazakhstan, of course, benefits from the rise in oil prices, since it has the serious positive energy trade balance. But high oil prices are not obviously a plus for everyone. In Mongolia and Uzbekistan, the situation is more or less neutral. This affects the energy resource importing countries such as Tajikistan and, first of all, Kyrgyzstan.

The sharp rise in prices for all metals and minerals resulted in a significant increase in exports almost in all countries of the region, with the exception of Uzbekistan, which sharply reduced gold exports in 2021. In Kazakhstan, exports increased by 17%, in Turkmenistan by 36% (mainly due to gas). Even in Tajikistan, exports grew by 30%. While Tajikistan survived last year almost doubling its gold exports, this year gold exports have remained at about the same level (increased by 3% only) whereas exports of minerals, ores, cement and even electricity have doubled.

- According to the official data, in Kazakhstan in the reporting period the household debt load grew significantly. What is this linked to?

- Yes, overheating is also observed in the banking system now, credit and deposit portfolios are going up everywhere. In particular, in Kazakhstan, the growth rate tripled [provision of loans] - from 5% in 2019 to 15% in 2021. Deposits rose even faster, hereto the growth rate reached 25%. Everything indicates that the market is oversaturated with money that is to be used.

At the same time it must be said that, unlike some neighboring countries, Kazakhstan is actively trying to curb inflation expectations. Just the other day the central bank raised the base rate to 9.75%. In Mongolia, the base rate remains at 6%, i.e. significantly lower than inflation, which this year has jumped as much as 10%. Obviously, for the Mongolian authorities, rapid economic growth seems to be a higher priority than maintaining macroeconomic stability.

- As reported earlier, the International Monetary Fund (IMF) allocated $ 650 billion to put the global economy back on track. How has this affected the countries where the EBRD is present?

- Yes, rising reserves - a positive thing. By and large, their growth is explained by external borrowing, and, in particular, by fund allocations from the IMF. The reduction in imports, forced amid the crisis, and the increase in gold production also played an important role. At least wherever possible - in Mongolia, Uzbekistan, Kyrgyzstan and Tajikistan. The exciting point is that foreign borrowings also grew, and, in general, the indebtedness of the states rose. The only exception here is Turkmenistan, which, according to rumors, since there is no official information, just settled its debts with China. In all the other countries, we see rising indebtedness, and in some countries it is quite significant.

By the way, as we already said, during the crisis, the debt burden has grown significantly both for business and for households. At the same time, the good thing is that the number of bankruptcies is not yet on the rise. At the moment, banks are trying to restructure [loans] , no one runs to courts and does not bankrupt companies, because everyone expects the situation to normalize over time. And if someone cannot pay back off a loan now, then most likely they will be able to do so in six months or nine months. In this situation, it is better to wait than to try to bankrupt a borrower. At the same time, it is not entirely clear how the situation will actually unfold in six months, and the main risk lies in that. All restructurings are good until the time comes, but if growth does not continue or even slows down a little bit, the situation may deteriorate sharply.

- Summing up tell us about the risks that still remain for the economies of Kazakhstan and Central Asia, as well as the countries where the EBRD is present.

- In the medium term, if the developed countries begin to sharply tighten the screws, tighten their monetary policy, reduce budget deficits, then this may not be very good to everyone. Sooner or later, it will be necessary to tighten the screws, because it will be necessary to stem inflation and restore trust in the world's leading currencies. However, as a result, financial bubbles may burst - both in the real estate market and across other trading platforms, I was speaking of earlier. As a consequence the cost of borrowing will rise, and servicing accumulated debts will impose a heavy burden on budgets. Poorer countries, which do not have sufficient reserves, may be on the brink of bankruptcy. In addition, prices for minerals and energy will fall, and these resources are the main export items and sources of foreign exchange earnings for all the Central Asian countries.

To this end I would like to emphasize that all this, of course, is not in the near future. I hope that the screws will be tightened carefully, and sharp fluctuations and crises are to be avoided. It is worth remembering, however, that our countries are exposed to serious risks, these risks will not go anywhere, and so it would have been necessary to accumulate reserves, as it is said, already yesterday ( generally speaking, what Kazakhstan has done so far). It is necessary to save for a rainy day!


November, 2021
© 2022 Interfax-Kazakhstan news agency
Copying and use of these materials without reference to the source is prohibited

Partnership between the state, business and the non-profit sector: problems and prospects