Chairperson of the Management Board of the Association of Financiers of Kazakhstan Elena BAKHMUTOVA:
IN THE CASE OF CONTINUATION OF STATE SUPPORT FOR INEFFECTIVE COMPANIES, THE RISK OF ZOMBIE BUSINESS EMERGENCE IS REAL 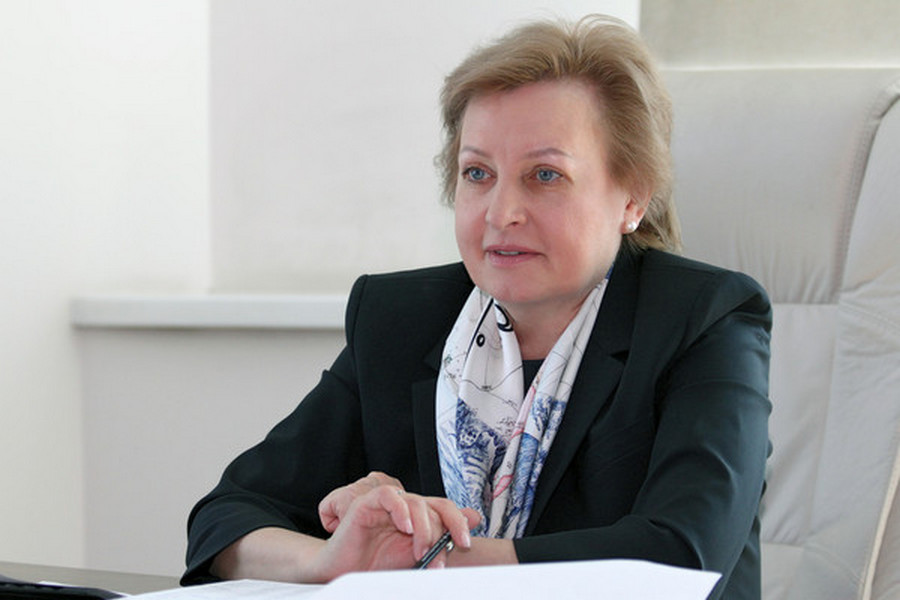 The annual financial statements from Kazakhstan’s commercial banks for 2020 showed an increase in net profit and assets, despite the deteriorating economic situation and a decrease in household income linked with the coronavirus pandemic. The government launched a large number of anti-crisis programs, including the increase in government funding to support the economy and employment. Elena BAKHMUTOVA, chair of the Management Board of the Association of Financiers of Kazakhstan, talked in an interview to Interfax-Kazakhstan how the pandemic affected the health of the banking sector and what could happen when the National Bank pulls out of the state programs.

- Elena Leonidovna, after such a long wave of the coronavirus pandemic the weak points in the banking sector had to be ‘denuded’. How, in your view, are banks doing now?

Lending to legal entities decreased by 5.1%, while lending to individuals increased by 12.6%. However it is worth paying attention that loans received by individual entrepreneurs not for business purposes are also included in the loan portfolio of individuals.

Lending to SMEs grew slightly over this pandemic-hit year - by 1.22% to 4.106 trillion tenge. In total, this is 26% of the whole loan portfolio.

If to talk about the quality of the loan portfolio then the situation looks quite good. The share of NPL90 + decreased from 8.9% to 7.1% during this period. The most risky segment remains still SMEs. Before the pandemic the share of NPL90 + was 15.4%in their portfolio now it dropped to 12.4%.

- Do you think that the NPL90 + indicator (loans past due 90 days or more) improved due to the fact that loan payments were deferred during the pandemic?

For business entities impacted by the pandemic, deferrals were provided until July 1 - upon the recommendation of the Agency for the Regulation and Development of the Financial Market. Such a deferral does not require loan impairment unless additional factors are present, but could have influenced the NPL statistics in general. It is necessary to wait until the grace period ends in order to assess the scale of losses. Moreover, the moratorium on bankruptcy has also been extended at the request of government agencies.

- Speaking about state support we would like to know your opinion on the fact that the National Bank will begin a phased exit from state programs from 2023. How will this affect second tier banks and the market as a whole?

When the pandemic began the international financial institutions in the person of the IMF and the World Bank warned that, as soon as signs of an exit from the pandemic arose it would be necessary to take coordinated actions to phase the state presence out of the economy. Positive figures were already achieved in April, but it is too early to give up support for the economy, this required an adjustement to the government budget for this year with an increase of 1.3 trillion tenge in spending.

However, by 2022, the state programs will have to undergo a thorough revision both in terms of budget support and incentives for market players. They should be significantly optimized and facilitated. Forms of state support for import substitution in the food sector, in the agro-industrial complex, export-oriented enterprises, and in the manufacturing industry should be kept up. Hereto, the form of support features guarantees and partial subsidies for loans, while the very attraction of monetary resources is funded by the market and at market rates. To diversify the economy the state can also be present in the form of direct investment, if necessary at the stage of launching large national projects. But when 68% of SMEs depend on state programs, this is justified only during the pandemic.

Now, in my opinion, the biggest challenge is not to postpone such reformatting of state programs. To use the positive experience of cooperation between government, the National Chamber of Commerce and business gained at the beginning of the pandemic, and now move on in a different, post-pandemic, direction.

It is not very profitable for business to give up subsidies, for insolvent companies to initiate bankruptcy. However, the risk of zombie business appearing in the near future, and then a repetition of the situation clearing toxic assets of banks, is quite real, since the scale of problems will rapidly build on in the event of continuous state support for ineffective companies.

- Back to the banking sector, Elena Leonidovna, in general, when will, do you think, the situation normalize?

- I thought that the situation would return to normal by the end of the first half of the year, by the autumn. However, the latest government report says that GDP growth moved into a positive zone already in April, good growth pace in the manufacturing industry, construction, pharmaceuticals, automotive, services sectors, positive changes - growth - are also being observed in household income. Based on the totality of all these signs, it is possible to say that Kazakhstan has entered a recovery phase.

I think that already by the autumn it will become clear which segment of business has become nonviable. Taking into account the recovery pace, I think that re SMEs this segment will be no more than 25%. And then the situation would be more obvious how the pandemic affected the portfolio of second tier banks.

- Annual statements from many banks show an increase in net profit and assets. Many companies were closed, some went bankrupt, people earned less and, accordingly, spent less money. What was the growth of banks’ profits in 2020 linked with?

- According to the report of the National Bank, the banking sector was profitable according to the 2020 results, but its equity capital increased only by 2.5%. The aggregate net income of Kazakhstan’s banks totals 726 billion tenge (427.53 tenge / $1). But not all banks made a profit.

If for the purposes of analysis to exclude revaluation income from earned aggregate income of banks, then it becomes obvious that only 57% of income falls within income related to remuneration, of which two-thirds are related to claims from customers (loans). The significant share of banks' profits is associated with investments in securities, commission income and dealing operations.

- How do you think there will be further consolidation in the banking sector or bankruptcy of commercial banks? And now are 25 second tier banks the optimal number for Kazakhstan?

- There is no optimal number of banks. After the exit of the Bank of Pakistan, there are 24 banks. ATF Bank merges with Jusan bank and 23 banks will remain in Kazakhstan. There is also one bank that is in “borderline” conditions. In my opinion, 22 or 23 banks are not so many for Kazakhstan. In addition, there are about 1,000 microfinance organizations, including pawnshops and credit partnerships.

I believe that banks in the form of mono-structured entities will be a thing of the past because customers need products that are structured to suit their needs. Clients expect now that they will receive a full range of financial services with one click, and at the same time they will be provided with access to the necessary non-financial services and depending on the client profile. The banking legislation , and of course, the technology capabilities of the banks themselves should be adapted to these challenges.

- If we started a conversation about digitalization, now the creation of the digital tenge and a report on it published by the National Bank are actively being discussed. Elena Leonidovna, in your opinion, is it necessary for Kazakhstan to introduce the digital tenge or not?

- It is very good that the National Bank followed such a progressive path and published a report for public discussion. Of course, there is still a lot of unclear things, but the answers will be clarified in the process of the pilot project to be launched in the summer. Hopefully the continuation will be the same as the beginning, when the market took great interest. And I hope that in the process of implementing the pilot project, direct market participants will be able to express their comments and receive feedback.

Most countries have already begun to study the topic, are testing it out, so at a minimum Kazakhstan should assess the feasibility of introducing a digital currency.

If to speak about the benefits for banks, then will depend a lot on the design of the system design. For the time being the National Bank has chosen a hybrid approach, i.e. with participation of banks. However, there are several channels of influence on business of banks in the event that the digital tenge is launched.

If to look at retail, then the digital tenge is an alternative to cash, and of course it's good. Cash will shrink, especially in the retail sector, and this will help reduce the shadow turnover. This is positive and, in general, banks will benefit from this as economic entities.

In line with the proposed option, the digital tenge is intended to be used as a means of payment without an accumulation function. However there is a risk of "digital" outflow even in this form. So, we have a fairly large segment of legal entities that have balances in current bank accounts. It happened so that we are prohibited from paying remuneration linked to the current bank accounts of legal entities and individuals. Accordingly, if it is profitable for a legal entity to transfer non-cash money from current accounts in digital tenge, then this will have a direct impact on the reduction in liabilities of banks and, accordingly, on potential sources for the growth of lending to the economy.

This is a new phenomenon and requires comprehension, a thorough assessment of experiences of various countries, and both in real time and adaptation in relation to the financial market local infrastructure.


June, 2021
© 2022 Interfax-Kazakhstan news agency
Copying and use of these materials without reference to the source is prohibited

Partnership between the state, business and the non-profit sector: problems and prospects