EBRD Managing Director for Kazakhstan Agris PREIMANIS:
THE EBRD INVESTED NEARLY $ 490 MLN IN 18 PROJECTS IN KAZAKHSTAN AT THE BEGINNING OF DECEMBER 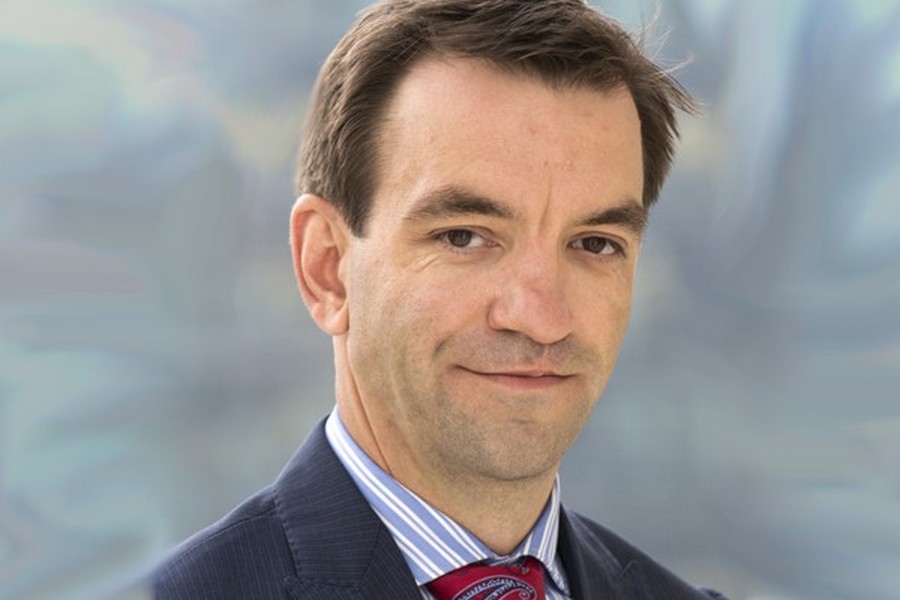 The outgoing year 2020 will be remembered by everyone for good as a year of cardinal changes passed under the sign of the pandemic. Due to the pandemic the whole world was forced to reconsider its priorities: ordinary citizens learned all the delights of remote work and domestic tourism and large organizations optimized and transformed their workflow. Agris PREIMANIS, managing director of the European Bank for Reconstruction and Development (EBRD) in Kazakhstan, talked in an interview with Interfax-Kazakhstan how development institutions operate amid the global pandemic and what support is provided to enterprises and states.

- What of the year 2020 is stuck in your memory? What significant events can you note, what plans were to be postponed due to the COVID-19 pandemic?

-The year 2020 was a colossal challenge for all of us. To this end, I would like to note the quick and timely reaction of the leadership of the Republic of Kazakhstan to the pandemic and the economic crisis. The amount of funds allocated to support the economy from the budget and the National Fund allowed controlling the rates of decline in economic activity. Without appropriate support from the state, the consequences of the crisis could be irreversible for households and businesses, which could have a significant impact on the employment recovery rates and economic growth in the post-crisis period.

As for the EBRD, then the bank was one of the first to take measures to support the national economies of the countries where it operates. This is about the allocation of a solidarity assistance package to replenish companies’ working capital, improve liquidity of financial institutions and support export-import operations. As one of the most important countries for the bank Kazakhstan fully felt support in the country’s difficult times. The consolidated results of our 2020 activity in Kazakhstan will be published early [this] year, but preliminary results can already be summed up. Despite the difficult year, the EBRD invested nearly $ 490 million in 18 projects as at the beginning of December 2020. Almost 80% of investments was directed towards the private sector. Our bank helped mobilize nearly $ 930 million for the national economy.

- Can you name concrete projects?

- Of the concrete projects, I would like, first of all, to note BAKAD, which the consortium of investors, including the EBRD, Bank of China, PGGM, EDB and the Islamic Development Bank financed. The world's leading publication Project Finance International (PFI) named it the 2020 transport deal. The EBRD played an important role in arranging financing for the construction of a 66-km ring road around Almaty providing a $ 225 million loan. The largest public-private partnership (PPP) in both Kazakhstan and Central Asia will help eliminate the city's serious transport problems and reduce air pollution.

- What about the green energy projects? It is known that the EBRD is interested in implemening such projects in Kazakhstan.

- We continued to assist Kazakhstan with achieving its goal – to become a leader in the development of renewable energy sources in Central Asia, as well as the country's transition to a green economy. Examples for such projects are the construction of a 100 MW wind farm not far away from the town of Zhanatas in the south of the country, where the bank directed almost $ 25 million, the construction of a 76 MW solar power plant in Karaganda region supported by a $ 42 . 6 million loan from the EBRD, the Green Climate Fund and the Clean Technology Fund. The Karaganda project will be one of the first completed renewable energy projects in Kazakhstan to be implemented through an auction mechanism supported by the EBRD to promote competitive pricing and stimulate investment in renewable energy sources. We also allocated 234 million euros to maintain JSC KazTransGas’ liquidity and need for working capital.

We do not forget about small business either. In 2020, more than 6,000 micro, small and medium-sized enterprises (SMEs) received loans from the EBRD, which allowed them to safeguard their businesses and jobs what is especially important in the face of uncertainty caused by the pandemic. In particular, we provided a loan in the local currency equivalent to $ 40 million to the Kazakh microfinance organization KMF to support domestic small businesses.

Among the important initiatives of the EBRD, I would like to highlight the launch of a $ 30 million green economy financing facility in Kazakhstan to support the financing of investments [made] by households and SMEs in green technology solutions. Thousands of households and SMEs across the country, including those in small towns and remote rural areas, can get loans of up to $ 1,500 to insulate buildings, install photovoltaic solar panels, geothermal heat pumps, water-saving irrigation systems and so on. KMF became the first partner for this facility.

In addition, the EBRD and the [city of] Almaty proceeded to prepare a green city action plan. The southern capital became the first city in the country, which began to formulate its vision of sustainable development and strategic goals with the help of international consultants , as well as to outline activities and investment areas to solve priority environmental problems.

- Of course, we are already planning our activities for 2021. We will support private sector companies, the inflow of foreign investments in the country, assist with the rollout of a "green", gender-based and inclusive economy in Kazakhstan. It is very important for us to help preserve and develop the competitiveness of local companies, which will play a decisive role in the economic recovery process in the post-crisis period.

We will also support further decarbonization of the Kazakh economy through the implementation of projects in the field of green and renewable energy. This work will be carried out within the framework of the memorandum of green partnership understanding. The EBRD will actively assist Kazakhstan in implementing its low-emission development strategy until 2050, as well as achieving carbon neutrality by 2060.

We will continue to support the development and reconstruction of key infrastructure in the country, including roads, railways and air services, utility services, without which the normal functioning of economy is impossible.

In early December 2020, Kazakhstan’s Health Ministry in conjunction with the EBRD held a road show for international investors interested in participating in a pilot public-private partnership project aimed at building and running a 300-bed hospital in the Kazakh major city of Almaty. The event was attended by 350 representatives from 200 domestic and foreign companies. This will be the first large PPP project in the healthcare sector in the country and Central Asia.

I would also like to mention the EBRD’s Venture Capital Investment Program (VCIP), which already operates in many countries and will be implemented in Kazakhstan. As part of VCIP the quest will take place for new investment opportunities for innovative companies in the early stages or growth stages.


January, 2021
© 2022 Interfax-Kazakhstan news agency
Copying and use of these materials without reference to the source is prohibited