Deputy Chairman of the Management Board of Development Bank of Kazakhstan Asset SHARIPOV:
WHY DO KAZAKHSTAN’S BANKS AND BUSINESSES NEED SYNDICATES? 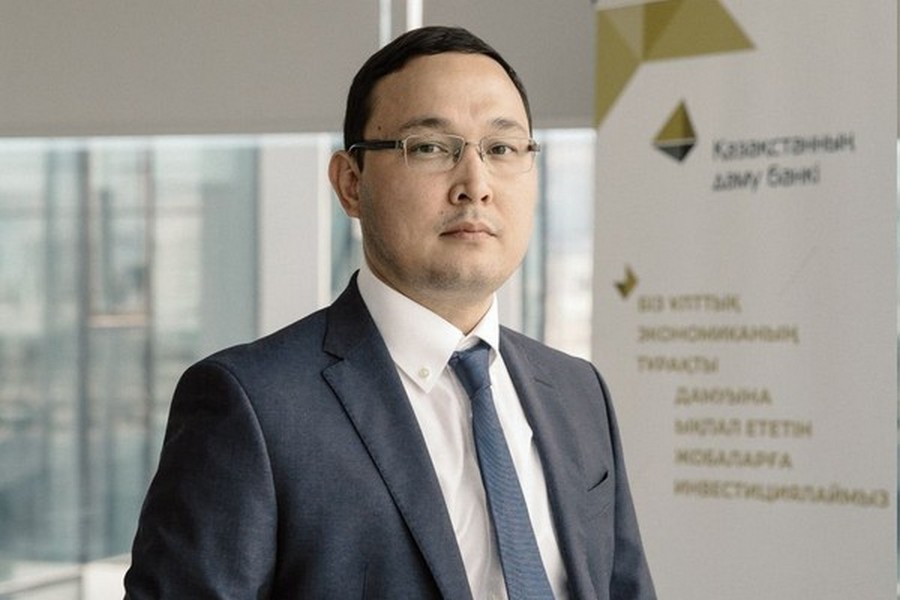 This year Development Bank of Kazakhstan JSC (subsidiary of Baiterek Holding, DBK) has devised and proposed an initiative on legislative consolidation of syndicated lending. We talked with Deputy Chairman of the Management Board of DBK Asset SHARIPOV, who oversees legal support for the bank's activities, what a syndicated lending product is and what impact it will have on lending to the real sector of the economy.

- Asset Bulatovich, please talk through syndicated lending, why the need for making amendments to the law arose?

- In 2015 DBK approved a concept of syndicated lending to investment projects and an action plan for the introduction of this new loan product in the bank. The goal was quite simple - to stimulate lending to non-resource sectors of the Kazakh economy through lending to projects jointly with commercial banks, international development institutions to share or reduce risks while financing projects.

Five years ago, we carried out colossal work in this area, namely, we made amendments to the Law on the Development Bank of Kazakhstan, introduced new and altered the existing in-house documents, joined the International Association of Professional Participants of the Syndicated Loan Market (Loan Market Association) and joined Debtdomain service for the safe and convenient exchange of confidential documents related to syndicated deals. We also signed memorandums of understanding and cooperation with 28 banks, including second tier banks, development banks, subsidiaries of large foreign banks.

However, since then not a single syndicated loan has been provided. The main reasons are the existing risks for this product due to the lack of clearcut regulation in the legislative acts of our country. Therefore DBK initiated these changes and now the draft law introduces amendments to the Civil Code, the Laws on Banks and Banking Activity in the Republic of Kazakhstan, on the Development Bank of Kazakhstan, on Project Financing and Securitization, on Rehabilitation and Bankruptcy. In addition, amendments were made to the mechanism of the economy of simple things program, including the possibility of subsidizing rates on joint syndicated loans of commercial banks and DBK of up to 6% in those industries that need support most, and which are targeted at import substitution, export orientation and infrastructure development. However, without the adoption of the law, this mechanism loses its relevance.

- Tell us what innovations are set out in this draft law?

- In the case of syndicated lending, creditors-pledgees have a joint and several claim for a borrower, and a pledger secures a money repayment with a property pledge put in favor of all creditors - participants in a syndicate of banks, both as a whole and with regard to each participant. Therefore, the need arose for envisaging the legal category of creditors who also act as joint and several pledge holders, for example, when it comes to the indivisible subject of pledge.

Another novelty is the norm that during syndicated lending one agent bank or pledge manager acts on behalf and in the interests of all creditors, who is appointed from among creditors or third parties. The responsibilities of an agent bank include such procedures as maintaining a register of creditors, accounting loans provided by each lender, accounting and distribution of payments received from a borrower among participants in the syndicate, setting up and maintaining a credit dossier, correspondence and negotiations with a borrower. An agent bank enters into a pledge agreement with a pledger and exercises all rights and obligations of pledgees under a pledge agreement.

All these procedures are relevant and applicable to all participants in the syndicate. It is convenient for a borrower in terms of negotiating with only one authorized person instead of several creditors. The bank receives income and controls the entire lending process, without adding red tape to business processes and without attracting extra HR.

If a borrower does not fulfill obligations under the agreement, creditors have the right to recover pledged property out of court or in court, while money from the sale of pledged property will be distributed among creditors pro rata with the size of their claims. In the case of a recovery in court an authorized person will submit a claim, participates in proceedings and acts on behalf of and represents the interests of all creditors. In the case of an out-of-court procedure, an authorized person oversees the procedure for the sale of pledged property, notifies a borrower of a delay and of consequences of default on obligations, coordinates an activity between a borrower and creditors about possible amendments to contractual terms and conditions. In addition, an agent bank has the right to file with the court to declare a debtor bankrupt or apply a rehabilitation procedure.

- How can this product be of interest to business, because, apparently, procedurally syndicated [loans] are much more complicated than an ordinary loan where there is one creditor?

- The key advantage of syndicated lending is the capability of a borrower to get large financing at lower interest rates and for a longer period. For example, due to weak capitalization and high credit risks, a bank is unable or unwilling alone to issue a large loan to a borrower. Raising a syndicated loan allows meeting the needs of large companies for financing large-scale, capital-intensive projects. As for the complexity of procedures, on the contrary, a borrower significantly cuts financial and time costs for negotiations and execution of a syndicated loan agreement compared to the raising of the same amount from different banks. A borrower’s reputation in the domestic and foreign financial markets is also getting more solid, which will further allow him to expand the base of creditors. With syndicated lending a borrower can count on increasing lending duration and decreasing interest rates.

- Are syndicated [loans] of interest to commercial banks and why does DBK need this?

- Currently the strategy of Kazakh second tier banks have been adjusted towards the priority of retail products. The volume of retail lending is increasing while lending to the real sectors of the economy is decreasing. The share of loans to individuals in the total loan portfolio of second tier banks increased from 31.3% in 2017 to 42.9% in 2019

Perhaps this is due to the weak transmission mechanism of monetary policy and regulatory restrictions on limits that affect the attractiveness of banking products, low interest rates on loans, as a consequence, large and long-term investment projects constantly require state funding, something what is difficult to implement in the face of a budget deficit.

In addition, commercial banks never fully recovered from the 2008-2009 global crisis consequences. Kazakhstan’s second tier banks do not have large amounts of money for lending money to long-term capital-intensive projects. Therefore, currently big business is mainly financed by DBK. However, DBK does not set itself the task of dominating the real sector of the economy; on the contrary, we stand up for the development of market credit products, private initiative and entrepreneurship. Syndicated lending is the first step towards rolling out a new, mutually beneficial lending product onto the market with minimal risks for both a lender and a borrower. Therefore, syndicated lending deals due to the possibility of sharing risks with DBK and other creditors can create favorable conditions for participation of commercial banks in large projects.

- Have there been such bank syndicates in Kazakhstan’s market before?

- Syndicated deals in Kazakhstan’s market were made relating to projects in the resourse industries - oil, gas, nuclear industry and mining. Exclusively foreign financial institutions such as UniCredit, Citi, DeutscheBank, Sberbank CIB, VTB Capital and others acted as lenders within the framework of the syndicates. Therefore, one can say that there were no syndicated deals with participation of domestic commercial banks in the real sector of the economy.

We continue to interact with both domestic banks and foreign development institutions such as the EBRD, EDB, VEB.RF in terms of syndicated lending. Baiterek Holding and VEB.RF signed an agreement on investment cooperation, which also provides for possible joint syndicated loans.

DBK already built up the pipeline of several projects that are potentially being considered for syndicated lending. The total amount of loans for these projects is 397.7 billion tenge (419.87 tenge for $1). These are projects in oil and gas processing, metallurgy, food industry and transportation via gas pipelines.

After the law enters into force DBK will be ready to actively cooperate with financial institutions regarding syndicated lending, since this tool has advantages both for borrowers and for second tier banks.


December, 2020
© 2022 Interfax-Kazakhstan news agency
Copying and use of these materials without reference to the source is prohibited