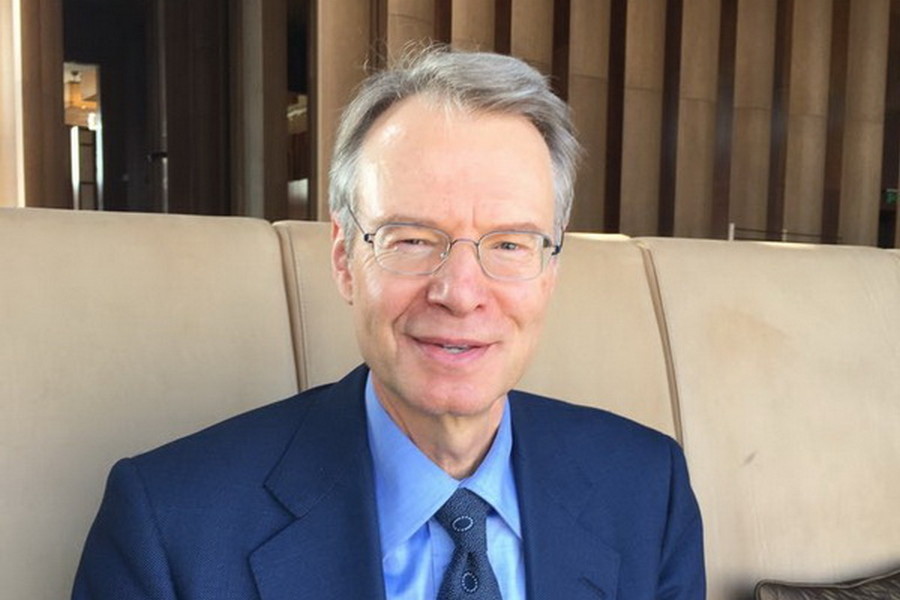 The International Monetary Fund recommends that Kazakhstan should have an independent review of asset quality in its banking sector to assess the real level of non-performing loans, Deputy Director of the IMF's Middle East and Central Asia Department Juha KÄHKÖNEN told Interfax-Kazakhstan in an interview. In his opinion, the Kazakh banks should revisit their business models to better contribute to the real sector growth.

- Mr. Kähkönen, what is your opinion about Kazakhstan’s reforms and efforts to stabilize the financial sector?

- Let’s start with the banking sector. A lot of money has been spent by the government and the Central Bank to recapitalize the banks, and they now have the capital to operate, but it will be important for the banks to change their business model, because they have shown over an extended period that they can get into trouble and then they will need to be recapitalized. So, the banks need to make sure that they understand the risks in the lending and they have better management and act on a commercial basis. It's good that the Central Bank has been given more power through legislation to supervise and regulate the banks and, with this and with better business model, one hopes that the banking sector can contribute more to the real sector activities going forward.

- What are the exiting risks for stabilization of the banking sector in Kazakhstan?

- It's really this business model that remains to be seen if the banks can operate profitably now that they have the capital. But if they get into trouble again, it's important that the shareholders also contribute more, so that the contribution does not come primarily from the government.

- The Central Bank was to prepare an assessment report on the asset quality in the Kazakh banks. Did you see this report?

- Our team is aware of this. It's helpful for the Central Bank to make this assessment, but it will also be good to have independent asset quality reviews to make sure that all the considerations have been brought into this assessment and, if needed, additional actions can be taken.

- Does this report reflect the real situation in the banking sector and the level of non-performing loans?

- An independent review would show whether that is the case. It is probably true that real NPLs are somewhat higher, but for that you would need an independent review. The banking sector has now sufficient capital to start making a bigger contribution to the real economy. It is most crucial to understand whether the banks are now operating on the business model that will keep them from trouble in the future.

- Let's move to the regional outlook. What are the factors that will influence the regional growth in near future?

- The recovering in the region has been quite good but we do not see new forces that would increase growth further into the medium term. Actually, we see risks that could make growth lower and these relate to the tighter monetary policy in the US, to trade tensions, sanctions, and also there is uncertainty about oil and other commodity prices. If there are negative surprises, these would create pressure for the growth in the region.

- Last year the growth was 4% and it was significantly higher than in the previous year, because oil production increased significantly because of Kashagan. For this year, we expect a slight decline and next year, as you mentioned, 3.1%, but this is because oil production is growing more slowly than in the previous years. The good thing is that the non-oil economy is growing quite nicely. That is very important because the developments in the non-oil economy will determine how Kazakhstan will grow in the longer term. So, the underline growth rate in the non-oil economy has continued, but it is the developments in the oil sector that are driving the headline growth number.

- Some economist say that Uzbekistan is the new competitor to Kazakhstan in our region. GDP growth in Uzbekistan is expected to be at 5% in 2018 and 2019. Will Kazakhstan and Uzbekistan compete for foreign investment in the near future and in what sectors?

- Uzbekistan’s growth rate is higher but it is starting at the lower level. It is a low-income country and Kazakhstan is a middle-income country, and it is natural that low-income countries are gradually catching up. Certainly, there is competition but the competition is healthy, and it is good for the countries to have to try to attract investors and try to have better business environment, for this benefits everybody. Also, there are a lot of benefits from the increase in trade between the countries. Now we can see Uzbekistan becoming more open for the neighboring counties. At this point, there is a lot of investors’ interest in Uzbekistan but foreign investment in Uzbekistan hasn't really picked up yet. So, that will happen but I think competition is good for both countries.


November, 2018
© 2020 Interfax-Kazakhstan news agency
Copying and use of these materials without reference to the source is prohibited