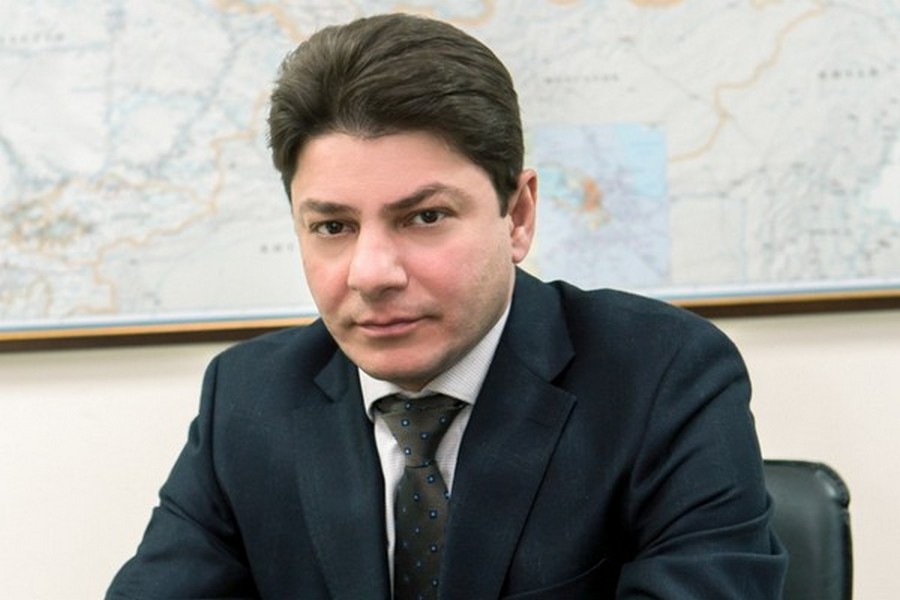 In Kazakhstan, a year ago a pipeless gas distribution innovative project for the northern regions was started using liquefied natural gas (LNG). The first LNG regasification station was built last year in Astana. By 2021 it is planned to supply not only the capital but also the cities of Pavlodar, Ust-Kamenogorsk and Kokshetau with natural methane. The project is being implemented by Global Gas Group. Director of Global Gas Regazification LLP Panayot SAULIDI talked to Interfax-Kazakhstan of the efforts to launch a new gas supply source and of other projects using LNG.

- The topic of gas distribution across the north, and, in particular, to Astana, has long been discussed and of interest to many people. Your project partially solves this problem. Tell us about the first results of work in this aspect.

- In early 2017, Kazakhstan’s first LNG regasification complex was commissioned by Global Gas Regazification [part of Global Gas Group]. This project is capable of meeting the demand of large municipal enterprises for eco friendly fuel in the city of Astana. Currently three facilities are connected to the natural gas network: the boiler houses of the Nazarbayev University, Kazakhstan Garysh Sapary and National Defense University named after Kazakhstan’s first president. In total in 2017, 3.5 million cubic meters of natural gas were supplied.

In the first half of 2018, the first local autonomous LNG regasification complex in Akmola region – at the Rixos Borovoye hotel - was commissioned.

Through the complete replacement of diesel fuel with natural gas methane for the 2017-2018 heating season 700 million tenge in budget funds were saved, harmful substances emissions were reduced by 23 tonnes.

- What is the advantage of using LNG for gas distribution in the north? And what other projects are to be implemented with its application?

- LNG technology - the so-called pipeless gas distribution method - is an alternative to the traditional main gas pipeline, which allows for prompt fuel supply and the gas distribution infrastructure system formation for the continuous natural gas supply to the cities and standalone facilities remote from the main gas pipelines. With the help of LNG technology, environmentally unfavorable energy resources can be replaced with an environmentally clean heat and energy source - methane.

The program envisages the coverage of the whole of northern Kazakhstan, including Akmola, North Kazakhstan, East Kazakhstan, Pavlodar and Kostanai regions.

The use of LNG technology in Kazakhstan with its vast territory and large distances between communities will solve the gas distribution issue and “blue fuel” supply to sparsely populated and hard-to-reach villages and auls, as well as the issue of switching public and personal vehicles to an eco friendly clean type of fuel.

Currently in preparation for the 2018-2019 heating season, the work is underway to increase the Turan LNG regasification complex production capacity. The socio-cultural facilities in the city of Astana, located within its coverage zone, are in preparation for transition to natural gas.

In addition, as part of the energy efficiency policy implementation set out in the concept of Kazakhstan's transition to green economy, Global Gas Group is implementing the Clean Transport project, carrying out activities to convert motor vehicles from traditional fuel - diesel and gasoline - to an environmentally clean energy source - liquefied natural gas methane. This project envisages the construction of necessary infrastructure, including gas filling stations at the expense of Global Gas Group LLP. By 2030, we plan to introduce LNG as a motor fuel for specialist and freight forwarding municipal and commercial vehicles in Kazakhstan’s northern regions.

Global Gas Group’s marketing strategy, which is the only entity, which continuously supplies natural gas to facilities remote from the main pipelines in Kazakhstan, is the sale up to 0.5 billion cubic meters of LNG by 2021 in the republic through the stage by stage transfer of industrial facilities to a resource-saving scheme.

- Where does the raw material come from?

- Currently the raw material supplier is Russia’s Gazprom. In addition, in terms of equipment supplies, we work with many domestic manufacturers, manufacturers from Russia, Europe and China.

- Do you work for export?

- Global Gas Group's business is aimed at meeting the country's internal demand, the target area for development is northern Kazakhstan. Our priority tasks are gas distribution to boiler houses of industrial and production facilities remote from the gas main pipelines and their uninterrupted supply with blue fuel, as well as the introduction and sale of natural gas-based fuel on the automotive market.

- Are there any problems with sales currently?

- Since the establishment of Global Gas Group there have been many applications and requests for technical conditions on gas distribution to industrial and socio-cultural facilities. Our specialists are developing several projects at a time, and we can state that the real demand for the virtual gas pipeline organization today by far exceeds the indicators projected in 2015.

In addition, at the moment the company sees its niche in substitution for diesel fuel, which is undervalued in Kazakhstan compared to the price level in the neighboring states, and therefore tends to increase in value due to the exports demand. This economic risk factor significantly affects the indicators of feasibility of using diesel fuel, both for production of thermal energy and as motor fuel.

Simultaneously, in the republic, within the framework of the development of green economy, targeted work on re-profiling the capacities of the refineries is under way in order to produce more marginal and environmentally friendly light oil products, which in the short term will generate black oil shortages and require a budget increase for heating black oil-fired boiler rooms.

One of the options for this situation resolution will be the replacement of boiler equipment (burners) and their switchover to gas. At the same time, the natural gas higher cost will now be offset by the fuel oil rising price in conditions of forecast shortages and gas burners' more efficient combustion efficiency.

- Global Gas Group has emerged in the market recently. What are the company’s financial results?

- Since 2016 to present while at the stage of development, Global Gas Group has continued to invest in the capacity increase and consumption network expansion. The specifics of this business lie in its high level of investment costs, which objectively do not allow for high profitability show-off right at the beginning. However, the business characteristic feature is that the company's announced effect is immediately enjoyed by consumers - simultaneously with the first cubic meter gas supply to the burner, which forms positive dynamics for consumers to get connected. This feature allows [us] to speak about the business reaching planned performance indicators and its transition to profitability after the 2018-2019 heating season.

The Market of Investment Services in Kazakhstan: the Current Status and Prospects