Kazakhstan's Deputy Minister of Defense and Aerospace Industry Marat NURGUZHIN:
KAZAKHSTANI VEHICLE OWNERS, WHO HAVE THE EVAK "ALARM BUTTON", CAN GET HELP IN ACCIDENTS IN RUSSIA 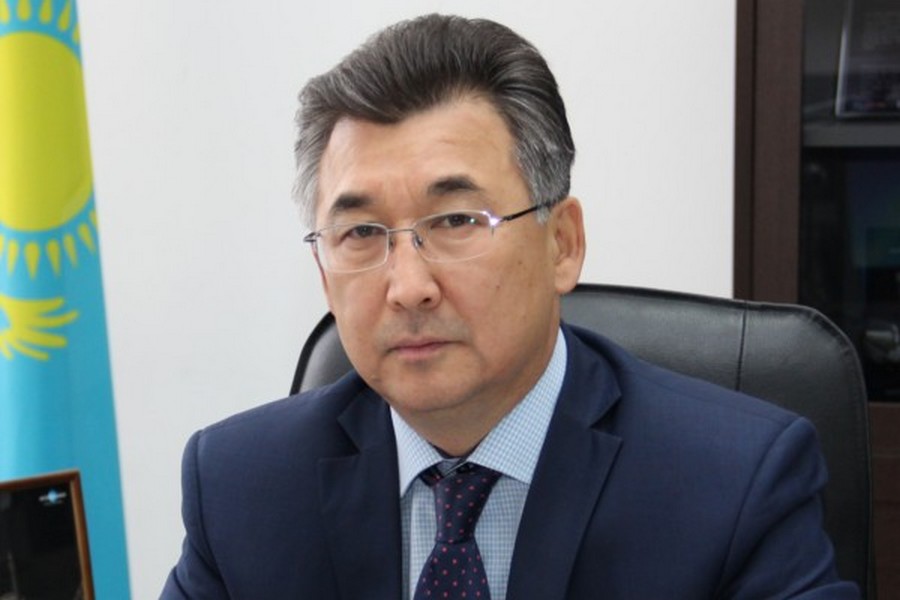 In Kazakhstan, the emergency call system in the event of accidents and catastrophes (EVAK) will begin to operate soon. EVAK is created to help save the lives of Kazakhstani citizens on the roads of the country with the help of space technologies. Kazakhstan's Deputy Minister of Defense and Aerospace Industry Marat NURGUZHIN talked in an interview with Interfax-Kazakhstan on how this system will work, whether drivers need to activate the "alarm button", what those who do not have it in the car should do and of other nuances.

- Marat Rakhmaliyevich, what prompts the necessity to introduce the EVAK system in Kazakhstan?

- The necessity to create such a system emerged primarily because of the high mortality rate in road accidents. For example, according to the Administrative Police Committee, last year more than 17,000 road accidents were registered. As a result of these road accidents more than 23,000 people were injured, more than two thousand of our citizens died, including 193 children. Currently Kazakhstan is at the same level by road accidents as the countries such as Sudan, Somalia, Nigeria, Zimbabwe, Liberia, Mauritania, Senegal.

Such fatal accidents cause significant socio-economic damage to the country. According to experts of the World Bank annually Kazakhstan’s budget loses about 1.5% of GDP due to road accidents.

The introduction of the operational rescue service emergency call system in the event of accidents and catastrophes has been under way in Kazakhstan since 2012, when an intergovernmental working group was established to coordinate the creation of an analogue of the Russian ERA-GLONASS in the republic. The EVAK system is being developed in our country on the basis of a three-way intergovernmental agreement between Russia, Belarus and Kazakhstan.

- What work has been done to implement the EVAK system in Kazakhstan to date?

- The project operator - the Institute of Space Hardware and Technology at the National Center for Space Research and Technology of the Aerospace Committee of the Ministry of Defense and Aerospace - was selected through competition. To date the institute has developed a basic part of the system, which is necessary for making voice calls from devices installed in the car. Automated workplaces for receiving the EVAK system calls have been set up at Kazakhstan’s 16 emergencies departments as part of integration with the “112” service. Software for receiving voice calls from the emergency service system has also been worked out.

As you probably know, in 2017 the Customs Union technical regulations requirements came into effect for vehicles to be mandatorily equipped with devices for calling the emergency operational service. Let me note that these requirements were approved within the Customs Union, but also got approvals by the EU regulatory bodies. It became possible to achieve an agreement so that data transmission be carried out according to the unified standards both available with us in the EAEU and in the EU via the eCall system. This makes it possible to create single security space across the entire continent. Wherever you are, in Europe, Belarus, Russia, Kazakhstan, timely assistance will be provided in case of a road accident.

- And how are assistance signals transmitted to vehicles in which the foreign analogue system is installed?

- Currently the institute is integrating with the Russian operator ERA-GLONASS. The roaming agreement is now at the signing stage. Thanks to this, Kazakhstani drivers who need help on the territory of Russia will be saved. Drivers from the neighboring state will not be left without the help of our rescuers on the territory of Kazakhstan either.

- Tell us about the principles of the EVAK system operation, how does it work?

- The EVAK system operates using signals and data from navigation satellite systems, which are GPS / GLONASS.

The use of satellite data allows the operational service to determine the exact location of a vehicle ended up in a road accident and provide for emergency assistance. In addition, with the help of satellite systems the operator receives the car exact coordinates and location, its model and brand, identification number, fuel type, and even car class. These data are necessary for the emergency service to quickly arrive at the road accident scene and provide assistance for victims during the so-called in medicine "golden hour".

- Should a driver or a passenger press a button at the time of a road accident or does the EVAK system itself transmit information to the operator?

- EVAK works in two modes: manual and automatic. In automatic mode the system works at the time of an accident if the blow was very strong. In manual mode communication with the center operator is carried out by pressing the SOS button installed in the car. An accident report with the coordinates of the vehicle location and vehicle data is transmitted to the EVAK filtering contact center. The contact center operator has the possibility to communicate with victims with the help of an acoustic system that is installed in the car and find out matters that will help for the provision of assistance. In the event that a signal for help came in automatic mode and no one answered the operator's questions, then incident data are sent to the ambulance service, which goes immediately to the scene.

- Will assistance signals be transmitted from any point in Kazakhstan or are there some restrictions?

- The system will function throughout the territory covered by the network of cellular operators. Of course, if there is no communication with cellular operators at all, then signals cannot reach the operator. Currently the coverage zone of ​​Kazakhstan's highways by cellular networks is more than 95%.

- Many motorists are perplexed: why is this button needed in the car now that everyone has mobile phones?

- On this matter I can say that unlike mobile phones, EVAK works with all cellular operators. The device automatically selects the network with the highest signal level in the area to transmit emergency information. A priority status is assigned to EVAC traffic transferred to the operational rescue service, which transmits a data package from the emergency scene even if the mobile operator’s data network is significantly overloaded. In the event that the network is busy with a large number of telephone calls, then telephone calls from other subscribers can be switched off in order to transmit [emergency] information. This measure allows for guaranteed emergency signal transmission to the system operator. In addition, one of the system advantages can is that it is not necessary to explain to the operator where an incident occurred. The operator receives the exact coordinates of vehicle location from which an EVAK call is made.

- Does EVAK only transmit SOS signals or can the system be used for other purposes?

- At early stages the system will work only in standard mode - the transmission of a signal about an accident or emergency situation to the operator. In the future the system capacity will be expanded such as tracking movements of trucks, providing services and other useful applications. Additional expansion options for the system will be provided on a chargeable basis. But the EVAC system basic function of saving people will always be free of charge.

- Now the "alarm button" is installed in many cars but it does not work. How to activate it?

- The car owners, in whose cars the EVAK system is installed, do not have to worry about how to get it connected. After putting the system into commercial operation this button will automatically work.

- What should those do who do not have such a button in the car?

- For vehicles that are already in operation in Kazakhstan and are not equipped with an emergency call device the EVAK system is not mandatory. But for the sake of your own safety and assistance in any emergency, whether it is a road accident, engine freezing, a snowdrift or other emergencies on the roads everyone can install the EVAK system on their own. Authorized installation centers need to be contacted to do this. Their lists will be posted soon on the EVAK evak.online website. On this issue, of course, everyone should decide for themselves how important safety on the roads for them is.

- When will this system become operational?

- The EVAK system project implementation period is set out for 2016-2018. This year work is ongoing in order to complete the development of software, to equip the system additionally and to appraise the system for information security.

The project completion is planned for the end of 2018, thereafter the inter-ministerial commission will decide on putting the system into commercial operation.

- Tell us about the role of the ministry in creating the system.

- The Ministry of Defense and Aerospace Industry plays an important role in the EVAK system development, which, with the help of space technologies, embodies the advanced systems in the domestic sector of the real economy that contributes to saving the lives of Kazakhstani residents.

Under this project the ministry is the administrator of the budget program for the establishment of the EVAC system, that is, it acts as a developer of the system.

In turn, the main project executor is the Institute of Space Hardware and Technology subordinate to the Aerospace Committee, which is licensed to develop the EVAK system.

Press conference that will discuss trends and priorities for Kazakhstan's insurance market in 2020 and announce the opening of a new subsidiary, Centras Kommesk Life