JSC Kostanai Minerals CEO Yerbol NURKHOZHAYEV:
"OUR GOAL IS TO BECOME A CHAMPION IN THE CHRYSOTILE INDUSTRY" 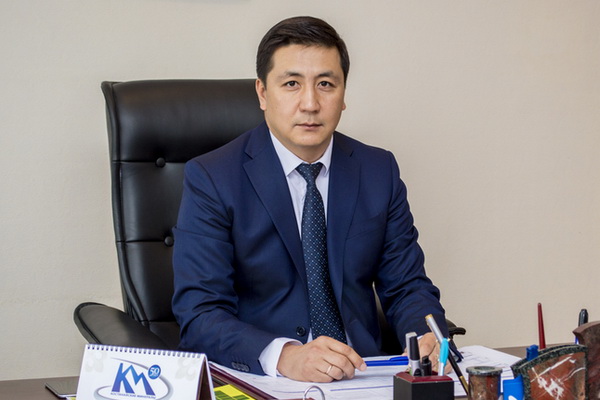 JSC Kostanai Minerals is the only producer of chrysotile in Kazakhstan. Last year the company celebrated its 50th anniversary. CEO Yerbol NURKHOZHAYEV told Interfax-Kazakhstan in an interview about the current problems and future plans of the company.

- How did Kostanai Minerals perform in 2015? Did the company achieve the goals and objectives set for 2015?

- First of all, Kostanai Minerals celebrated its 50th anniversary last year, and our partners from all over the world came to congratulate us. Second, the government extended our contract for subsurface use for the next 25 years, which shows that the government has long-term development plans for the company. However, the demand for chrysotile continued falling in 2015, as well as its sales. This situation is mainly caused by the previous global financial and economic crisis and the unstable political situations in a number of countries that import chrysotile. We had to revise downward our production and sales targets several times. In the current conditions, it was important for us to improve the efficiency of all business processes, equipment and personnel performance and production processes. Over the past few years, our company has been actively introducing change management practices on the basis of project and process management and lean-technologies. This has helped us to reduce power, gas and water consumption and to improve some production processes and to increase the performance of mining and conveyor equipment. As the production volume decreased, the company had to reduce working hours for its employees. Our objectives for the reporting year were to keep the company running, to keep the work places and to support competitiveness of the Kazakh chrysotile - and all these objectives were achieved. We have entered the new year being even stronger and ready to compete on the international chrysotile markets.

- How did the company perform financially in 2015?

- Our company achieved positive financial results last year. From the earned profit, we repayed debts to the banks, we also approved an extensive investment program for 2016 and are now considering the possibility of raising wages for the workers.

- Is it difficult to do business today?

- Currently, it is not so easy to develop business. As I mentioned above, this time we are working in an extremely competitive environment vying with Russian, Brazilian, Chinese and other chrysotile manufacturers, and the competition is increasing further. Since 2014 the company's management has been actively working towards production diversification. We chose the construction of residential houses and production of building materials as main directions of diversification. This spring we also plan to put into operation an asphalt plant.

The small and medium-sized businesses operating in the region currently receive widespread support. Our company, which employs a great many residents in the town of Zhitikara in the Kostanai region, is also ready to support business initiatives of the local entrepreneurs and to cooperate with them.

- What has changed for the company after Kazakhstan joined the Eurasian Economic Union and the World Trade Organization?

- Our company strictly complies with the local content legislation. The problem is that Kazakh producers may not manufacture some specialized components or materials, but if they do, the quality of the goods is not high enough. That is why we have to purchase some goods and services from Russian and international companies. In 2015, the prices for Russian goods and services became attractive and remain so until the August devaluation in Kazakhstan. In early 2015 we launched a procurement optimization program which helped us to save more than 150 million tenge last year. I wish that, in the future, the government decisions about international economic cooperation would take into account the interests of Kazakh producers and would not hinder their operations.

- Over the past few years our exports have been growing outside the CIS but have been falling within CIS. In 2015 nearly 70% of our exports went to India, China, Thailand, Indonesia. Our exports to Ukraine have dropped abruptly due to the recent political developments in this country. For instance, we shipped them over 11,500 tonnes in 2014 and only 3,700 tonnes in 2015. Our export target for Ukraine this year is no more than 4,000 tonnes. We hope that our sales in Ukraine will increase, if the situation becomes stable there.

- By the way, I cannot but ask you a safety related question. There is an opinion that the chrysotile is a hazardous substance?

- In 2015, the Parties of Rotterdam Convention arrived at a conclusion that chrysotile is not dangerous for human health, if safety rules and standards are observed. Chrysotile was not included into the list of toxic substances, so the chrysotile industry may further develop both in Kazakhstan and in the world.

- And the traditional question: what is the forecast for 2016?

- Kostanai Minerals plans to increase production in 2016. Competition will remain intense and the producers are likely to offer discounted prices in order to enter new markets and to attract new customers. Also, we have had to revise our pricing policy for some markets. Being an export-oriented company, we expect positive results in 2016 over the strong dollar. Our capital expenditures for 2016 are budgeted at one billion tenge.

In the long term, we intend to implement attractive investment projects, to improve operations performance and to increase our competitiveness, because our goal is to become a champion in the chrysotile industry.


April, 2016
© 2021 Interfax-Kazakhstan news agency
Copying and use of these materials without reference to the source is prohibited

Online press conference against construction of 18-storied towers in Almaty